A survey of Labrador Retriever owners tells us what they eat, how often they exercise, and where they sleep.

A survey of over 4000 people with Labrador Retrievers provides a fascinating insight into the lifestyle of the average Lab. 68% of the dogs were pets, 6% working dogs, and of the remainder the largest group of people did not say (a quarter of overall responses).  Black Labradors were the most common (49%), followed by yellow (27%) and chocolate (21%), with other colours including fox red and hailstone.

The study, by C.A. Pugh et al (Roslin Institute and Royal (Dick) School of Veterinary Studies), looks at Labradors across the UK. The researchers say, “Engaging thousands of dog owners in the DogsLife project has generated a wealth of data that begin to address knowledge gaps regarding UK LRs and their lifestyles.”

80% of the Labs were fed dried food and 13% were fed a mix of dried and wet food. Only 1% of owners fed a homemade diet. Younger dogs were fed more often, but by 6-9 months old most dogs were fed twice a day.

As for exercise, the average Lab got 129 minutes per day. Most exercise was off-leash or in the ‘other’ category (not including fetch/retrieve/chase, lead walks, running on lead, or obedience training). It’s possible that some of the ‘other ‘ exercise included work, since working Labs got more exercise than pet Labs once they were over 6 months of age. Before 6 months, dogs got less exercise (especially off-lead and fetch/retrieve/chase), perhaps due to breeder advice to limit the amount of exercise.

Perhaps not surprisingly, families with children spent less time exercising the dog than other households.

Another interesting nugget of information comes from data collected about height. Some data had to be discarded because it was suspected that people had measured in inches and recorded it in centimetres, or vice versa, which led to some strange numbers. But after that, the average height was greater than the breed standard by 2-3cm.

It is not known if the Labrador lifestyle is similar to that of other breeds. The sample included people from across the United Kingdom, and covered KC-registered Labradors up to 4 years of age.

This citizen science project includes data validation; for example researchers visited some homes to measure the dogs for themselves. They said, “Weighing the dogs was not always easy without veterinary scales, but the measurement of dogs’ heights was more challenging as many of the dogs were understandably quite wriggly!”

The project is ongoing. If you are in the UK and have a KC-registered Labrador Retriever born after 1 January 2010, you can take part in DogsLife.

How does your dog’s lifestyle compare to the average Labrador Retriever? 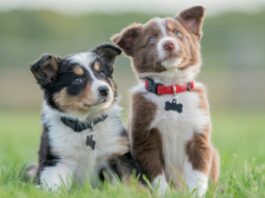 8 Ways to Puppy Proof Your Home 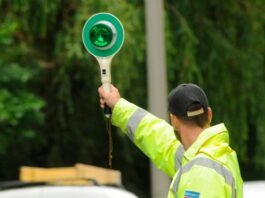 10 Questions to Ask a Traffic Control Service Before Hiring Them 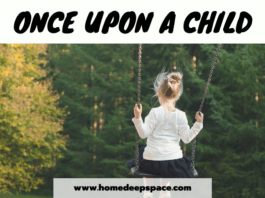 Spotlight on “Once Upon a Child”

ABOUT US
home-deep-space.com Individuals of home-deep-space.com Home Improvement, Plumbing, Garden, Interior Design, Real Estate, Electrician, promise you an extremely couple of points. We guarantee you we'll do our ideal to share the current and best intel to aid your homedeepspace.com Home Improvement, Plumbing, Garden, Interior Design, Real Estate, Electrician team. We'll try to delight you at the same time. We're just like you. We aren't blessed with expert accessibility. What we do have is an addiction to reading the headings as well as an unhealthy compulsion to speak about it more than our colleagues as well as pals would certainly like. So we bring it right here.
FOLLOW US
© https://www.homedeepspace.com/
error: Content is protected !!